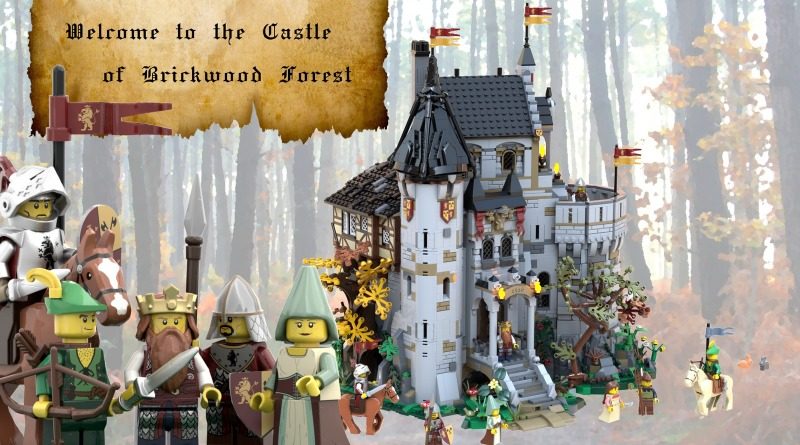 LEGO Castle is clearly back in vogue in 2021, as yet another medieval model has reached the magic 10,000 votes on LEGO Ideas.

Daniel Van Zonneveld’s The Castle of Brickwood Forest has achieved support in just over three weeks, and will now advance to the review stage for consideration by the LEGO Ideas team. The huge and detailed creation calls back to the Forestmen of old, and packs in a throne room, bedroom, prison, and even a hidden cave.

It’s not the builder’s first rodeo on the crowdsourcing platform, either: his previous castle-themed project The Castle in the Forest reached 10,000 votes in the first 2020 review, but was ultimately rejected.

His second attempt now marks the third castle-themed project in this review period alone (if you count Artem Biziaev’s Hyrule Castle), while three more are currently being considered in the second and third 2020 reviews – including Frank Boor’s Classic Castle. That suggests there’s a huge appetite out there for the return of LEGO Castle, perhaps prompted (or at least spurred on) by the release of 21325 Medieval Blacksmith.

Whether the LEGO Group will hear that call remains to be seen, of course – but the success of 21309 NASA Apollo Saturn V (re-released as 92176 NASA Apollo Saturn V) was followed two years later by 10266 NASA Apollo 11 Lunar Lander, so there’s definitely precedent for the Ideas range acting as a launchpad for similarly-themed sets.

The Castle of Brickwood Forest
Baba Yaga
Claus Toys
Animal Crossing: New Horizons Paradise
NASA’s SLS & Artemis
LEGO bookends
Metroid: Samus Aran’s Gunship
Hyrule Castle (The Legend of Zelda)
The Karate Kid “Wax On, Wax Off”
Scania Next Generation S730
4½-Litre 1927-31 Bentley ‘Blower’
Asterix and Obelix
The Simpsons – The Krusty Burger
The House of Chocolate
The X-Files: I Want to Believe
Castle of Lord Afol and the Black Knights
Among Us: The Skeld Detailed Map
The Office
The Shire