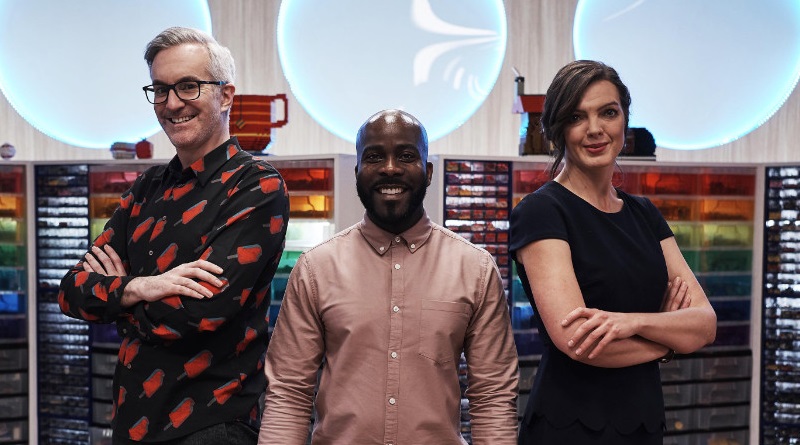 Scientist and engineering expert Fran Scott has joined LEGO MASTERS to help Matthew Ashton to judge the contestants. Here, she talks to Brick Fanatics about joining the team

Fran Scott is bringing a new energy to LEGO MASTERS Series 2, joining Matthew Ashton to judge the builds that the contestants produce. With a background in science and a passion for engineering, she is well placed to offer a different take on the challenges to the LEGO design expert.

With the new series underway, Fran speaks to Brick Fanatics about being part of the building challenge television show.

How did you come to be a LEGO MASTERS judge?

My background is that I am a scientist, I build demonstrations to show scientific principles to people who perhaps don’t know what they are or they don’t know how good the science principle is. So that’s my day to day job. I have worked in television behind the scenes for a fair few years, and then I have worked in front of the camera since about 2012.

I have worked mostly with children’s shows, doing demonstrations to help the children understand things, and through that I have been involved with the First LEGO League. Obviously I knew about this program and stuff, so when they called I was like, “yes, yes, yes”. I’m Matthew’s permanent partner in crime which is lovely. I’m loving it.
How was it joining the show in the second year?

There was a lot of learning that went on with the first series, obviously I watched it, I knew the lay of the land basically. It is that weird thing when you watch people on TV you know you think you know them anyway, so I turned up and was like, “hey Matthew.” We just got on straight away actually. It’s really nice as well to be that relaxed about each other that both of our personalities can come out.

Matthew’s level of knowledge is so good. One of the teams the other week went: “I think the shark’s a bit too big.” He said: “the shark is perfectly proportioned because I designed that shark”. 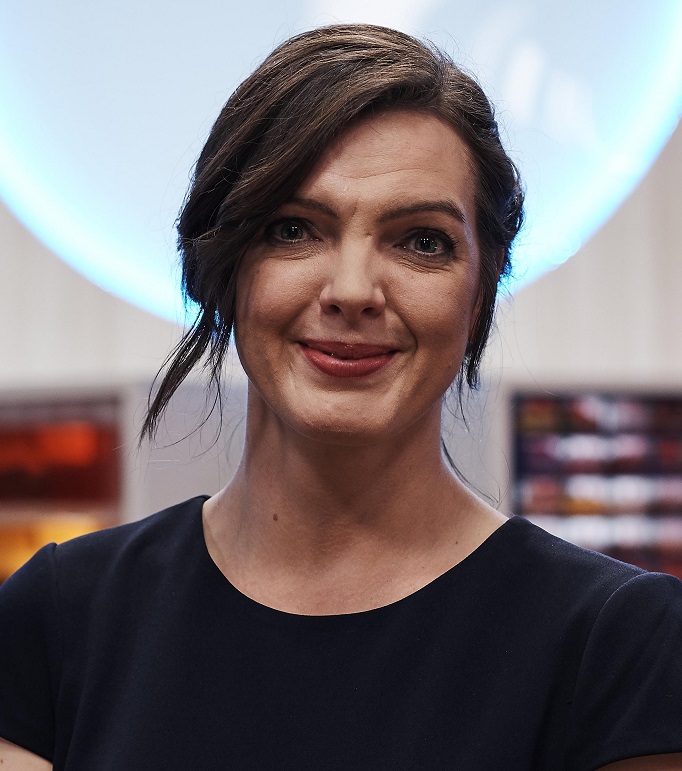 What is it like being surrounded by the creative chaos of the build room?

It is chaos with a purpose. It is interesting because I know what children are capable of and I know what people are capable of when they put their mind to it. When I was doing the First LEGO League I was always impressed with what the kids could do.

So I came to this with an idea of what they would build and thinking, “oh yes I’d be impressed with that”. Because you leave them building and it’s like looking at a half completed piece of art, you’re like, “oh it looks alright”, then you come back two hours later and you’re like “holy smoke, this is insanely good”. I have now come to expect the brilliant, so now they have to produce something that’s outstandingly brilliant – they have made it hard for themselves.

What is especially impressive is building on a large scale, which is quite different to what people tend to build at home.

These are not the rich kids from the rich families, these are the brilliant builders, and so there are people who don’t have access to the bricks they have here. Not necessarily just the quantity, but the technical bricks, so they are using some of these technical bricks for the first time and then they are nailing it completely.

What I love about this show is that these are just normal people. They are the ones that really love LEGO and they are actually being given this chance to have anything that they want. Lewis and Paul have got this hospital, and it was something that they had been wanting to build for a while. They don’t have access to this number of bricks at home, obviously you’re not going to have a hundred million bricks.

How do the children fare in this competitive environment?

There are not that many competitions where being a child isn’t a disadvantage just because of experience and stuff. Whereas what I love about this is that it’s a totally even playing field, no-one has got an advantage on age at all, there are some tasks where I think having a child should be an advantage rather than a disadvantage.

What has been good is, you know what it’s like when you are a kid, you have a passion, and that can be anything – it can be stickers, it can be horses, it can be football. But if you have that passion sometimes it is seen as something different. You know that if something is different then it is a target for being bullied, it doesn’t really matter what that is, but in this case obviously it is being passionate about LEGO.

It has been really nice that these kids that are loving building can actually see adults that love it just as much as they do, and see that there are people like them. It is helping the kids just to see that it is okay to like something.

Tomorrow night, the teams will be split in the unplanned challenge before building holes for a LEGO crazy gold course. Episode 3 will air on November 20 at 8.00pm on Channel 4.