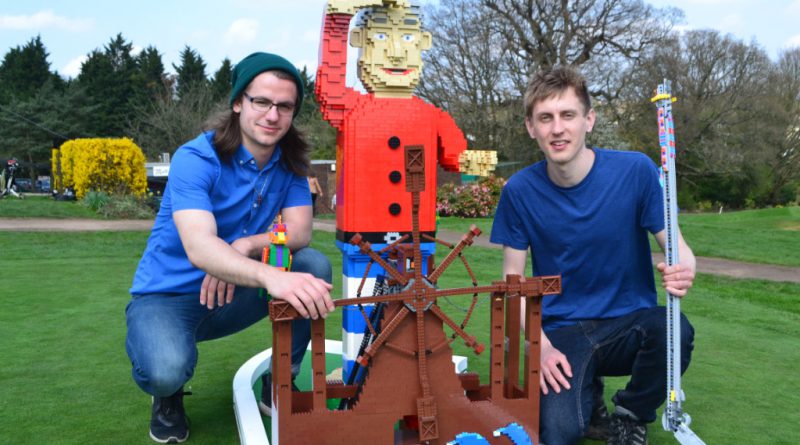 As LEGO MASTERS Series 2 reaches the half way point, Jme and Daniel take a look at the latest episode to discuss whether the judges made the right decision

This week’s episode of LEGO MASTERS saw the teams put together a crazy golf with obstacles built from LEGO bricks. Chris Ramsey joined host Melvin Odoom to test out the holes, with regular judges Matthew Ashton and Fran Scott tasked with picking out the best of the bunch.

While Chris and Joseph and Paul and Lewis were considered the best of the build teams this week, Patrick and Catherine did not make it through to the next round. Was that the right decision? Jme and Daniel use their LEGO expertise to share their thoughts on how the teams fared.

Coming into this week’s episode, it was a bit of a slow start. While the individual builds during the first challenge may not have been terribly interesting, the rules for the challenge were. This is the first time we’ve seen teams split up, and one has to wonder if it wasn’t a direct reaction to some of the adult participants taking too much control from their young partners. We saw it with Paul and Lewis, as well as Stewart and Izzy in previous challenges.

The second challenge proved much more interesting. I really enjoyed the idea of teams building a real world object to interact with. It meant both building at a larger scale, as well as devising an interesting way for others to experience each team’s build.

Stewart and Izzy easily had the most interesting and unique of the builds. In the end it was highly visually impressive and seemed to have good functionality. Likewise, Chris & Joseph’s sea captain (it’s difficult to describe him as a pirate, despite their claims) was incredibly well rendered, substantial, and functional. Paul and Lewis had a nice sculpt, but their actual course was hardly interesting.

Getting down to the final couple of teams, it felt a bit like the judges wanted to make sure that the youngest team made it through to the next round. While Harry and Ollie may have had a motorised gorilla in their build, the whole thing was quite small, and fairly underwhelming visually compared to the others. Their performance in the opening round left a lot to be desired as well, with their combo build simply looking like a cat, entirely sans octopus.

In the end Patrick and Catherine were cut, which is both sad and, as far as I’m concerned, unfair. True, Catherine ran out of time in the first round, but their combo build seemed to make up for it. It’s also true that their builds were quite blocky, but their concept and sense of humour in the second round were great.

After the surprise last week which saw Nathan and Tom, my favorites to win the whole thing, eliminated, LEGO MASTERS this week was right back on the more predictable track I was expecting. Presumably to broaden the appeal, the practice both in this and the inaugural season was made to pit teams of varying ages against each other. Eventually the difference in experience between children who have been building in their rooms for three or four years and those who have been doing it longer than those children have been alive was bound to start showing. This was the week.

In the two previous rounds, the teams of Harry and Ollie and Catherine and Patrick were able to scoot by on charm, whimsy and imaginative building. Throughout though it was clear that their building skill, while perfectly age appropriate, was far less than the teams made up of one or even two adults. The judges have clearly been intentionally ignoring that, choosing instead to focus on their builds more positive traits. This week, however, their far fewer years was showing. Both teams struggled to build something interesting under a tight deadline in the first challenge, then they were both seemed overwhelmed with the sheer size of the build for the golf outing. This makes perfect sense considering their ages.

The surprise for me was Stuart and Izzy. So far they have been completely non-descript for me – not terrible, but not great either. I loved what they did with the golf challenge, the judges were unfairly critical of them. Their build was different, imaginative, and broke from the more traditional mini-golf formula that the other teams followed. I loved that theirs was not a straightforward build, that it had some Great Ball Contraption (GBC) feel to it, and the clever way they incorporated colour. They were the clear winner of this episode for me.

With the semi-finals upon us, it will be interesting to see if the challenges will be able to provide Harry and Ollie a path forward. If they struggle again like they did this round they will need to go, but I am pretty sure the producers want to keep them around to cater to the younger demographic. We’ll find out next week. 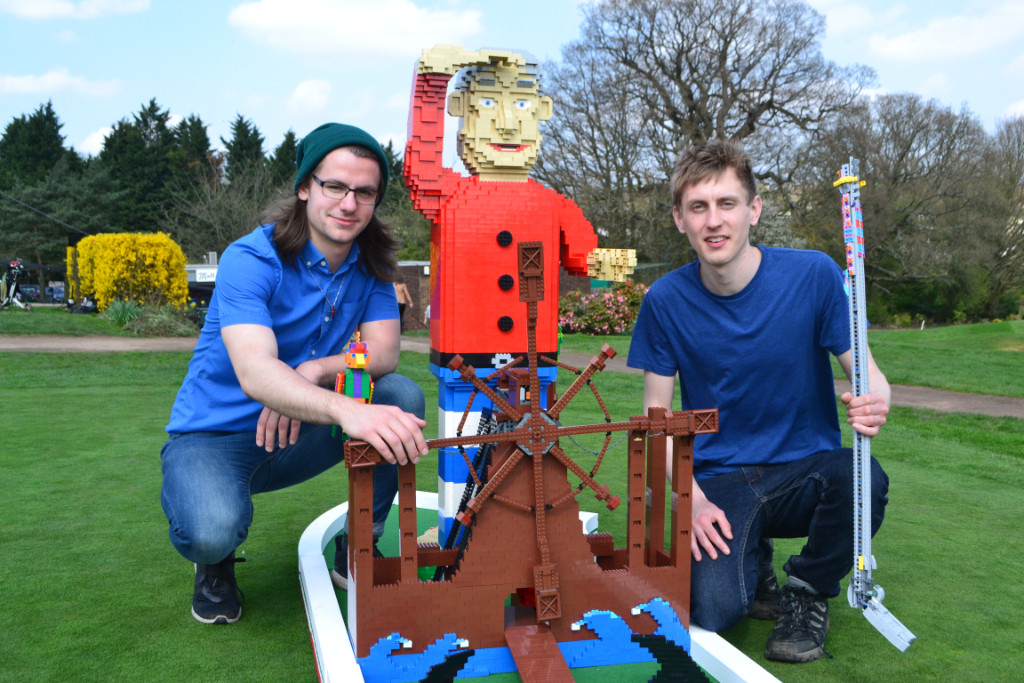