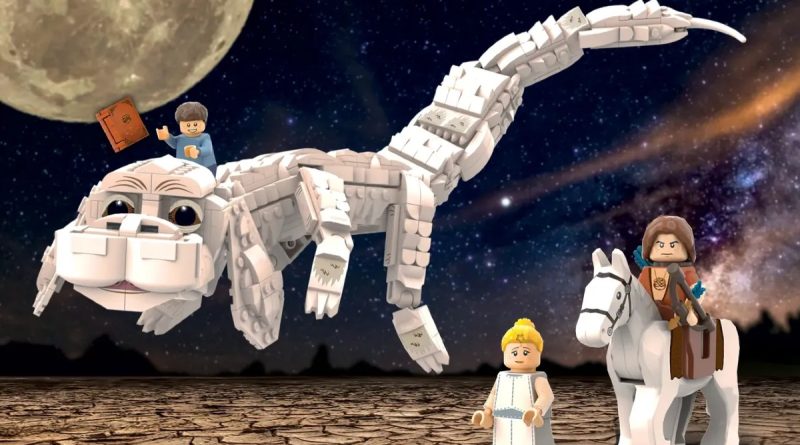 LEGO Ideas’ third 2022 review round expands with a The Neverending Story build, expanding the variety of licenses up for contention even further.

In 2024, the 1984 film The Neverending Story celebrates its 40th anniversary and FACEBRICKUP wants to see a LEGO Ideas model for the movie in time for the big day. That dream might have a chance at coming to fruition judging by the latest entry in the third 2022 LEGO Ideas review.

The Neverending Story (40th Anniversary) proposes three minifigures of Bastian, Atreyu and the Childlike Empress, a horse figure for Artax as well as a big build of Falkor.

The Falkor model features a spot to sit a minifigure including those suggested, though FACEBRICKUP is eager to suggest that your custom minifigure recreation could ride on the iconic creature too.

This user currently has a project in the review phase in the form of a Forestmen model, so we’ll have to see whether they can inspire at least one LEGO Ideas set.

Here’s a look at how the third 2022 review round is shaping up so far, with 19 total projects at the time of writing: