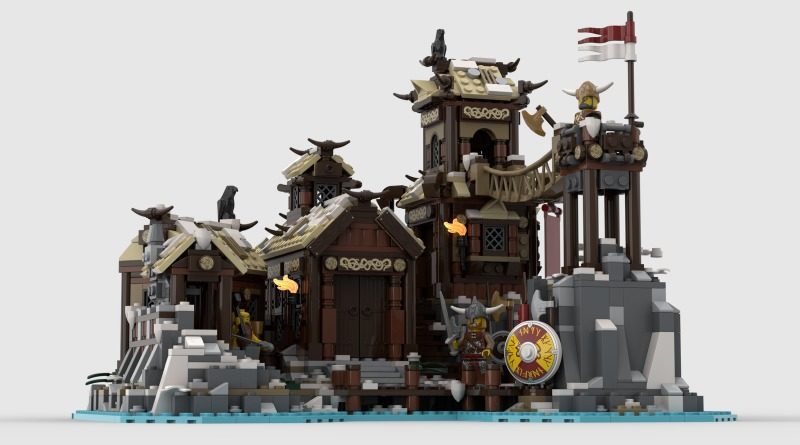 A Viking Village has reached the 10,000-vote mark on LEGO Ideas, meaning the seafaring warriors could soon be making a brick-based comeback.

The LEGO Group produced its own, in-house Vikings theme from 2005 to 2006, but aside from a couple of cool Collectible Minifigures, it’s since largely left the legendary Norse people in the past.

That’s a real shame, because the brick-built beasts of the original theme were – for the most part – brilliant, from the Midgard Serpent to the Fafnir Dragon. LEGO Ideas user BrickHammer is now hoping to revitalise the line with their Viking Village, which casts aside those mythological and fantasy themes in favour of real-world history.

The model consists of five structures, all of which sit atop a rocky base: a blacksmith’s shop and house, a main hall, a temple building and a small watch tower. It uses approximately 2,100 pieces, and BrickHammer has pitched three minifigures – a chieftain, blacksmith and warrior. Of course, if the project is approved by the LEGO Group, the design, piece count and minifigure line-up could easily change.

The Viking Village will now enter the third LEGO Ideas review of 2020, joining 24 other projects already in the running. Here’s the full list: