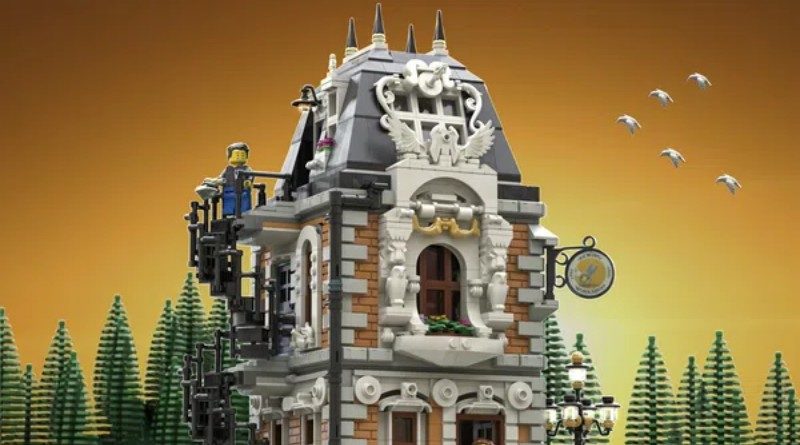 It seems another LEGO Ideas project has proved popular among fans, with the Sewing Workshop proposing a European-style building from 1825.

LEGO Ideas already has a lot of projects in the next round of the review stage, with The Sewing Workshop from Bricky_Brick joining the list of projects that have reached 10,000 supporters.

The project consists of a workshop placed diagonally on a baseplate, which itself is decorated with NEXO KNIGHTS shields and other tile pieces. Inside the workshop is everything someone in the textile world would need including a sewing machine, threads, scissors and more. Three floors are suggested to feature in the model, all of which can be seen in a video created by Brick_Brick.

The LEGO Ideas user has successfully submitted other projects before, including Little Venice, which is currently in review, and Claus Toys, one of the projects in this same review round. The full list of 22 builds in this round of the review stage are as follows:

The Sewing Workshop
Forth Bridge
A Nice Day at the Farm
The Castle of Brickwood Forest
Baba Yaga
Claus Toys
Animal Crossing: New Horizons Paradise
NASA’s SLS & Artemis
LEGO bookends
Metroid: Samus Aran’s Gunship
Hyrule Castle (The Legend of Zelda)
The Karate Kid “Wax On, Wax Off”
Scania Next Generation S730
4½-Litre 1927-31 Bentley ‘Blower’
Asterix and Obelix
The Simpsons – The Krusty Burger
The House of Chocolate
The X-Files: I Want to Believe
Castle of Lord Afol and the Black Knights
Among Us: The Skeld Detailed Map
The Office
The Shire

The LEGO Ideas judges are going to have their work cut out for them in deciding the next winner. Hopefully at least one of these projects will join the other nine currently in development, including 21326 Winnie the Pooh and a brick-built version of a famous Vincent Van Gogh painting.