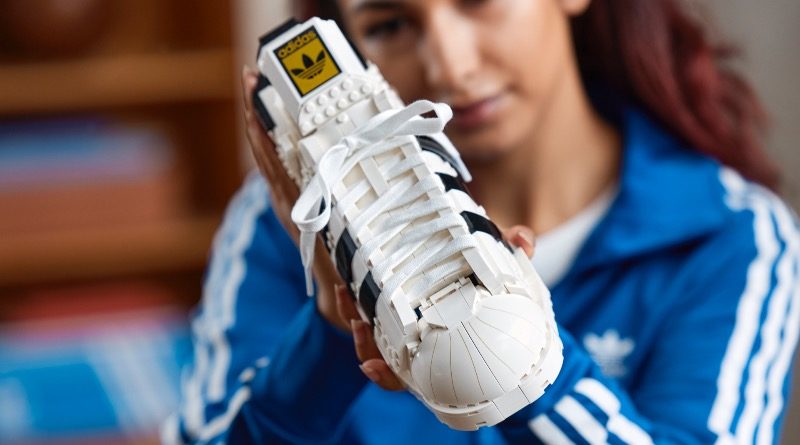 From Star Wars and Disney to Adidas and Monkie Kid, July is shaping up to be another expensive month for LEGO collectors. Here’s everything worth looking out for – both confirmed and rumoured.

While July isn’t as big on new releases as June (for which our bank account is eternally grateful), there’s still plenty of shiny new sets coming our way over the course of the month. Some of those are available right now, while others are only rumoured to be landing in the weeks to come.

Whether you’re looking to splash the cash or just want to know what to save up for, we’ve got you covered.

Tired of your footwear being, you know, wearable? Try 10282 Adidas Originals Superstar on for size. But don’t literally do that, because it would probably be very damaging for both you and your LEGO bricks. Anyway, this buildable sneaker should find a home with Adidas collectors and LEGO fans alike through its smart use of elements to create an organic shape. Check out our review for more, then head over to LEGO.com to secure your copy. Plus, don’t forget to pick up its little sibling…

If you’re still harbouring a deep-seated loathing for Disney’s Frozen, there’s really no better way to Let It Go than with 43197 The Ice Castle. Not only does it set a new record for the biggest LEGO set to revolve solely around mini-dolls, but it’s also a glistening trans-blue tribute to one of the most popular animated movies ever committed to the silver screen – and a display piece worthy of any adult’s shelf. Even if it is a tad expensive…

A fresh new batch of LEGO Monkie Kid sets are now available, the most eye-catching of which is undoubtedly the massive 80028 The Bone Demon. Just as 80012 Monkey King Warrior Mech set a new record for its excessive number of drum-lacquered gold elements (a crown that’s since been snatched by 76191 Infinity Gauntlet), the Bone Demon includes the most glow-in-the-dark pieces of any LEGO product. It’s joined by 80025 Sandy’s Power Loader Mech and 80026 Pigsy’s Noodle Tank.

It’s been available to VIPs for a while (sign up if you haven’t already!), but 21327 Typewriter – the latest LEGO Ideas set, based on a design by LEGO MASTERS UK winner Steve Guinness – can now be purchased by anyone shopping at LEGO.com or in LEGO Stores.

This Minions blister pack is essentially a one-stop shop for all the main characters from Minions: The Rise of Gru, including the film’s primary antagonist, Belle Bottom – who’s surprisingly exclusive to 40511 Minions Kung Fu Training. You can grab it now for £13.49 in the UK and €14.99 in Europe, but it’s still listed as ‘Coming Soon’ in the US.

A total of seven (once eight) rejected LEGO Ideas sets will go on sale through the BrickLink Designer Program’s first round of crowdfunding, which kicks off at 4pm UK time on July 1. The first five to hit 3,000 pre-orders will go into production, with a maximum of 5,000 of each set available to buy. Head over to BrickLink to check out the full list and secure your pre-orders once crowdfunding opens.

Last month, the LEGO Star Wars design team told us that we’d hear more about the long-awaited UCS Republic Gunship – which was chosen by fans in a LEGO Ideas poll in 2020, and is rumoured to carry the product number 75309 – in ‘mid-summer’. July places us pretty firmly in that time period, so we’re hoping to hear more about the Republic Gunship this month. And with that in mind, could we also be looking at an imminent launch – perhaps under VIP early access ahead of a wider August 1 release?

The next Ideas set will reportedly be the LEGO Group’s adaptation of Brent Waller’s Seinfeld project, which rumours indicate may go on sale as soon as July 21. Whether that’s an early access launch for a wider August 1 release remains to be seen. Treat this rumour with caution for now – we’ll confirm as soon as we can.

Another strong contender for an early access launch – although it’s hard to believe we’ll get three in one month – is the rumoured Volkswagen T2 Camper Van, which will apparently be revealed on July 13 and launched proper on August 1. The follow-up to the recently-retired 10220 Volkswagen T1 Camper Van will reportedly retail for €179.99, which represents a significant bump over its predecessor.

UPDATE: As rumoured, 10279 Volkswagen T2 Camper Van was revealed on July 13 – but it won’t go on sale in early access, which means you won’t be able to pick it up until it launches proper on August 1.