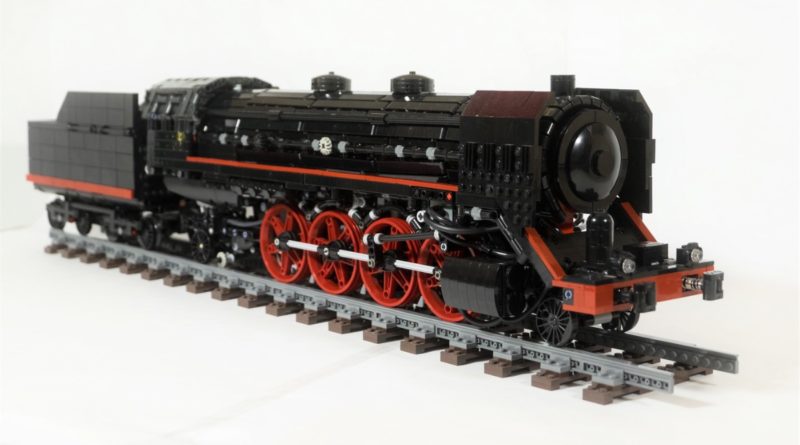 The appetite for a new LEGO train is growing over on LEGO Ideas, as a functioning steam locomotive has rolled into the review station.

It’s not the first train in the first 2022 review, nor even the second, but that really just speaks to the demand out there for another huge LEGO loco. And while The Polar Express and The Orient Express are based on specific fictional or real-life vehicles respectively, Alfred Boyer’s Pneumatic Steam Locomotive has an entirely different USP.

That’s because the steam engine – which is loosely inspired by French rail network SNCF’s 141 R series – eschews the electronic components of most LEGO trains, instead taking advantage of pneumatic elements to power the model using compressed air. Switches in the cabin allow the loco to accelerate at two different speeds, brake, and even sound an air whistle.

The magic happens through the use of four air pumps, four medium cylinders, one small cylinder and a series of air tanks, all of which combine to recreate the functions of a real steam train. Leaving behind the LEGO Group’s Powered Up components has also allowed Alfred to play around with the size of his model, which comes in bigger than regular LEGO trains.

That does mean this won’t run on traditional LEGO train tracks, but the builder has assembled brick-built tracks for the purposes of the project, which could feasibly act as a display base if it gets the green light to become an official set. Whether that happens is in the hands of the LEGO Ideas review board, which will consider the build as part of the first 2022 review.

There are now 32 projects in this initial review, the qualifying window for which will remain open through early May. Here’s the full list of potential sets in contention: