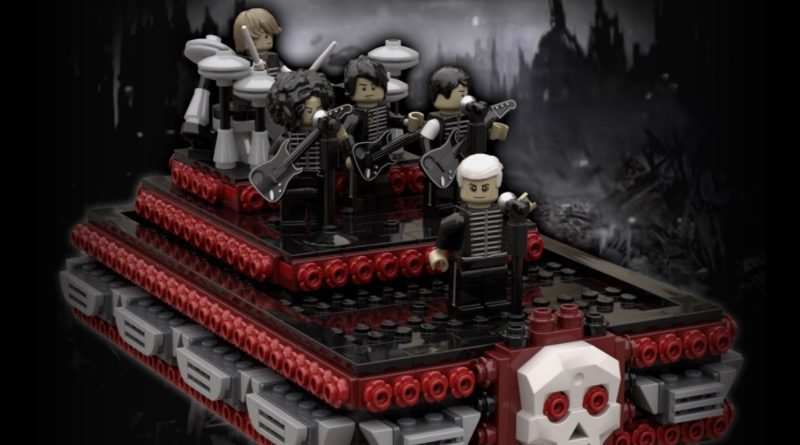 My Chemical Romance guitarist Frank Iero has helped a LEGO Ideas project based on the band reach 10,000 votes in just 11 days.

VNMBricks’ Welcome to the Black Parade will now advance to the review stage just days after Aurelien Franssens’ Stadium Tour – based on Rammstein’s current European show – achieved the same feat, suggesting there’s a real demand for a more specific crossover between LEGO and certain artists than VIDIYO provides.

And just like Rammstein sharing Franssens’ project on their official Facebook page helped propel that model to 10K in only seven days, VNMBricks likely has My Chemical Romance guitarist Frank Iero to thank for how quickly their proposal reached the first 2021 review.

The musician shared the project – which recreates a parade float from the band’s Welcome to the Black Parade music video, and includes minifigures of all five members – with an enthusiastic call to action on his Instagram page yesterday. Just 24 hours later, it’s now sailed past the 10,000-vote mark.

The moral of the story is that if you want your Ideas project to get the recognition it deserves, you just need someone famous to share it with its intended fanbase. Easier said than done, but as Franssens and VNMBricks have proved, it totally works.

Welcome to the Black Parade takes the total number of Ideas projects in the current review to 55. The LEGO Ideas team has already acknowledged changes may need to be made to the platform to deal with the exponential rise in proposals reaching 10K, and that now looks likelier than ever.

Here’s the full list of projects in the record-breaking first review of 2021: