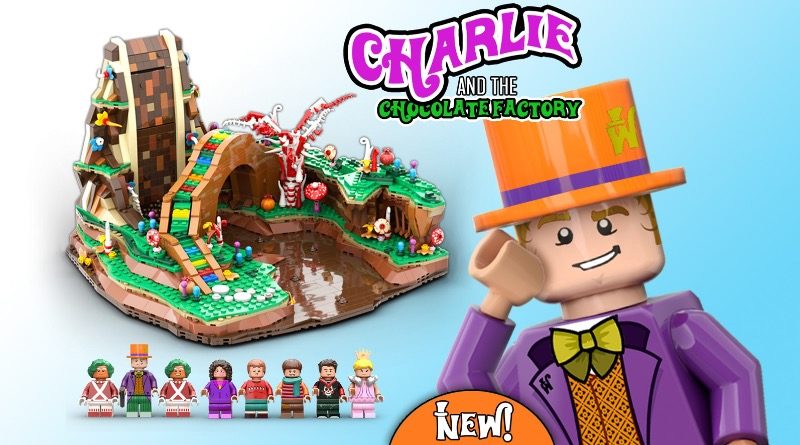 A LEGO Ideas project based on Charlie and the Chocolate Factory has found the golden ticket to gathering support, and will now progress to a very bloated review stage.

Italian builders Roberto Ceruti and Jody Padulano will be hoping the LEGO Ideas team has a particularly sweet tooth when the first review of 2021 comes to pass, as their roughly-2,500-piece model takes its inspiration from Roald Dahl’s 1964 children’s book Charlie and the Chocolate Factory.

According to the project description, the waterfall genuinely works, and can even be motorised by adding Power Functions (or, presumably, the new Powered Up system). Ceruti and Padulano – who met through LEGO events in Italy – have also pitched eight minifigures for the model, including Willy Wonka, Charlie Bucket, Veruca Salt, Augustus Gloop, Mike Teevee, Violet Beauregarde and two Oompa-Loompas.

Their project now joins 51 others in the record-breaking first Ideas review of 2021, which may be a double-edged sword – standing out next to that many proposals won’t be easy. Here’s the current list in full: