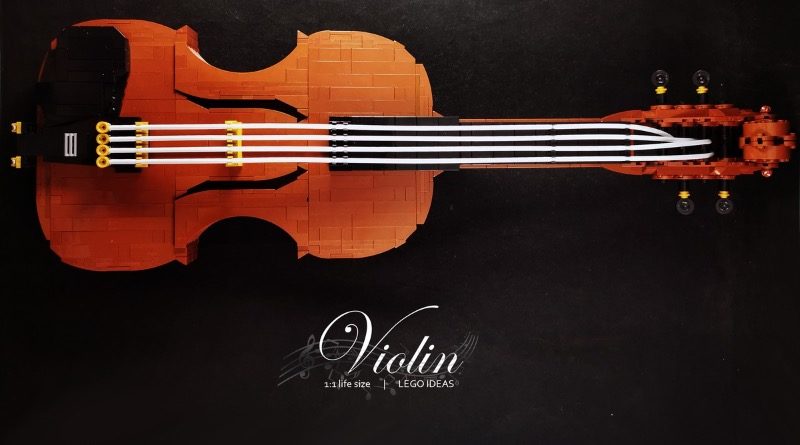 The LEGO Ideas theme’s growing orchestra may be about to add another string to its bow, as a brick-built violin has just played its way to 10,000 supporters.

You’ve got to feel for the LEGO Ideas team at the moment. Samuel Ho’s Violin is the 40th project in the first 2021 review, which is now sailing far, far away from the previous record of 35 models in a single review (set midway through 2020), and shows no signs of slowing down.

It’s going to make whittling down the longlist very tricky – especially when the projects are consistently hitting the calibre of Ho’s 1,029-piece violin, which the builder originally designed for his daughter before uploading to LEGO Ideas. The fan community then propelled it to the review stage in just over two months.

Between 21323 Grand Piano and the upcoming Fender Stratocaster, the LEGO Ideas theme is no stranger to music at the moment, and the LEGO Group’s Chief Marketing Officer Julia Goldin promises there’s more to come from the company in that arena. That means the stage could well be set for Ho’s life-size violin to join that burgeoning band of instruments.

We’ll have to wait for the review results to find out for sure, but either way, we really don’t envy the Ideas team at the moment. Just check out the full list of all 40 models to see why the theme may need to expand its output in the years ahead: