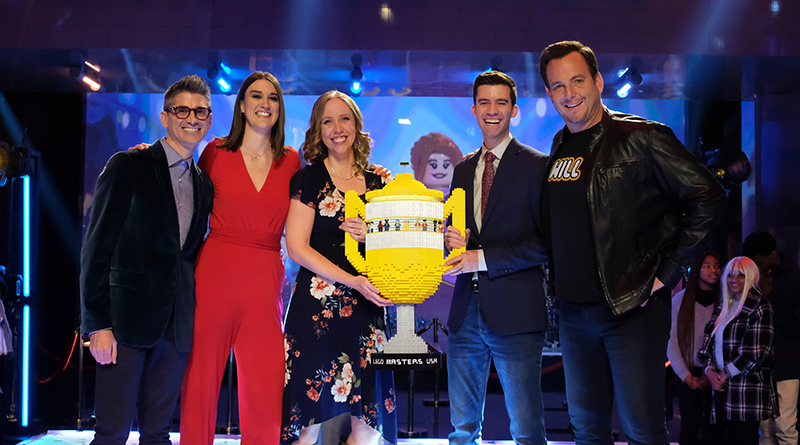 Following the season finale, the winners of LEGO MASTERS USA have been announced by FOX and the LEGO Group.

Over 10 episodes, 20 contestants have been tested on their LEGO building skills, including technical ability, storytelling and creativity. Last night’s episode of LEGO MASTERS USA saw Tyler and Amy given the title of LEGO MASTERS, an incredible brick-built trophy and a $100,000 prize.

With their builds ‘the Treasure of the Griffin’, Tyler and Amy beat Boone and Mark, who came in second with ‘Artopia’. In an exclusive interview, Brick Fanatics hears from Tyler and Amy following their win.

“Winning LEGO MASTERS is an incredible honour for us! That moment when we found out was surreal. It was what we had worked so hard for, and we still can’t believe it,” says Tyler and Amy. “We are humbled by this distinction and want to thank God for this unexpected blessing.”

The series was hosted by Will Arnett, with LEGO design experts Jamie Berard and Amy Corbett judging the contest.

Following the season finale, a call has gone out for future contestants – Season 2 has not yet been officially confirmed, but applications are open in case it goes ahead.