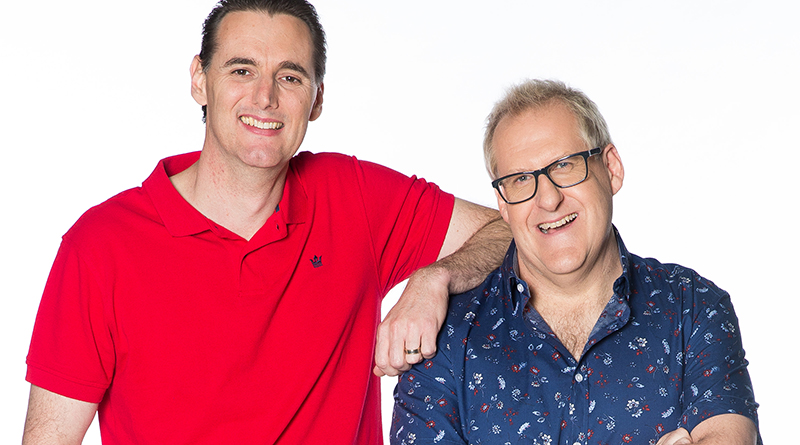 In an exclusive interview, Brick Fanatics chats to Andrew and Damian, who held the golden brick right up to the LEGO MASTERS Australia Season 2 final

It was clear from the beginning of LEGO MASTERS Australia Season 2 that Andrew and Damian were talented builders, but they surpassed their own standards with their mech-battling finale build. They finished in second place, coming very close to clinching the LEGO MASTERS trophy.

In this exclusive interview, Brick Fanatics talks to the experience brick building buddies to find out more about their journey through the LEGO MASTERS competition.

Andrew: Time. Most of the builders I look up to can build almost anything out of LEGO – given time. All of the builds on the show required you to work to a timeline that was not negotiable. None of us have ever built models at the scale on the show and so we really relied on Brickman to give us indicators on whether or not our challenge that we set ourselves would be achievable in the time given.

Damian: Time management and not obsessing over fine details. I found that particularly tough as I like to refine my builds over and over until I can get it as perfect as I can.

Andrew: The LEGO Star Wars was my favourite challenge. I love Star Wars and love the universe and the way it has been created. To be given the opportunity to build a Star Wars vehicle that fits into the Star Wars universe was a wonderful experience. Thanks LEGO!

Damian: That is a tough one to pick. I really liked the first one where we created a whole new world – but the surprise of the Star Wars challenge was just so epic.

Andrew: Building from the hanging brick. Each time a brick was placed it moved the object. I must have moved the LEGO build and caused it to hit Damián’s head at least a dozen times every hour. The challenge was also made more stressful as the brick was held by a single string. If it were to break you would be eliminated from the competition.

Andrew: Yes. I loved the many Hamish moments where he would come up with silly ideas to make us laugh. For me Hamish really made the show fun. Thanks Hamish!

Damian: There were many great moments but one stands out in particular where Hamish knew I was pretty picky about presentation and lettering and so showed me his attempt at LEGO lettering with an off centre H in a frame. I said it was a ‘good start’ but he gleefully told me that he considered it close enough and was done with it. It drove me nuts to see it sit there half finished!

Damian: Only ONE? I have a list, but at the top of that list is the new friends I made. All of my fellow cast mates are all wonderful people who made the experience so special and are hands down the best thing about LEGO MASTERS.

Andrew: For me the best things were spending time building with my mate Damian – we have become really close and we made a great team both in building and as friends. I loved the access to the Brick Pit, too – it’s not every day that you have access to three and half million bricks.

Andrew: This question requires a book for an answer. I leant something new about myself every day on the set. Each building challenge forced us to try new building techniques.

Damian: I wasn’t ready for how difficult it is being put under such creative pressure, but I learnt a lot about myself as I grew as a builder and the experience has sparked a drive to learn and develop my skills more than ever before.