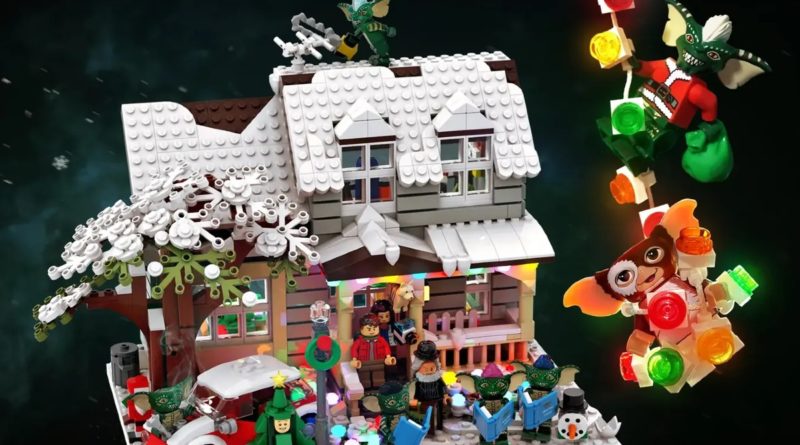 The third 2021 LEGO Ideas review has expanded with three more projects based on Gremlins, the wild west and a NASA SR 71 Blackbird.

As 2021 ended and the new year started, a trio of LEGO Ideas submissions has managed to make their way into the third 2021 review. These include Gremlins from bulldoozer, Sheriff’s Office – Wild West from llucky and NASA SR 71 Blackbeard by BrickerBeard.

The first is based on the classic film of the same name from 1984 which has already received a LEGO Dimensions packs with two minifigures. Those minifigures have helped inspire part of the project with a new version of Gizmo, Stripe, two additional gremlins and the key cast of human characters from the movie included as minifigure to populate a 1,430-piece house.

The second project is based on the nostalgic LEGO theme with classic minifigures paired with a modern design for a sheriff’s office that features an interior with two floors and space outside for a showdown or two.

The brick-built NASA SR 71 Blackbird rounds out the trio with a build based on a real vehicle, recreating the 1990s aircraft of which only 32 were made. The sleek look makes use of smooth black elements with additional studs to add texture and allow minifigures to be placed and posed on the wings.

These are just three of 34 projects currently in the third 2021 LEGO Ideas review stage, all of which you can see for yourself by clicking on the links below: