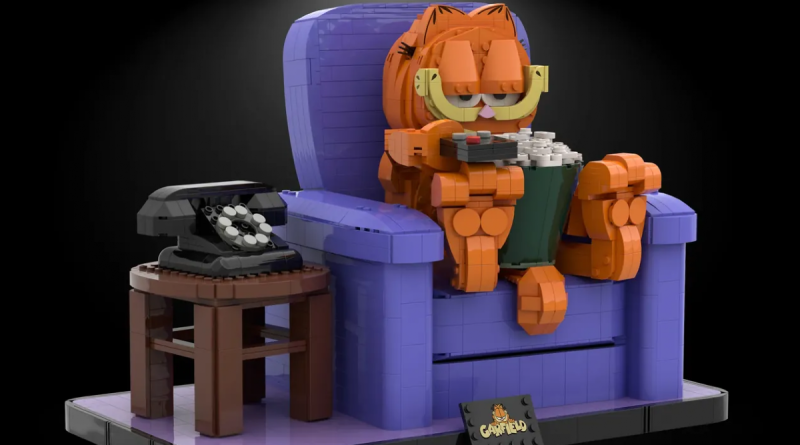 A fan model of beloved cartoon cat Garfield could be turned into an official LEGO set.

Garfield was created by American cartoonist Jim Davis, debuting in a comic strip in 1976. Since his first appearance Garfield has gone on to become one of the world’s most famous cartoon characters. His comic strips have appeared in over 2,500 publications, while Garfield and his friends have gone on to star in several movies and TV shows.

He’s also at the heart of a vast merchandising empire – and now a new piece could be joining the pile. LEGO Ideas user Yang Yang has created a model of the cat that reflects his lazy personality.

In an interesting twist, this set can be built in one of two ways. One shows Garfield sat in an armchair, ready for a marathon of TV. The other shows Garfield tucked up in bed, reflecting his lazy personality. The larger scaling of each allows the set to better capture Garfield’s famous visage.

Since the LEGO model has garnered 10,000 supporters, it enters the second LEGO Ideas 2022 Review Stage. This means that the LEGO Group will examine it more closely and – if it passes all their requirements – be refined into an official LEGO product. However, despite the large number of submissions, only a handful of LEGO Ideas projects typically get that far.

The complete list of LEGO fan models in the Second 2022 Review Stage can be seen below: