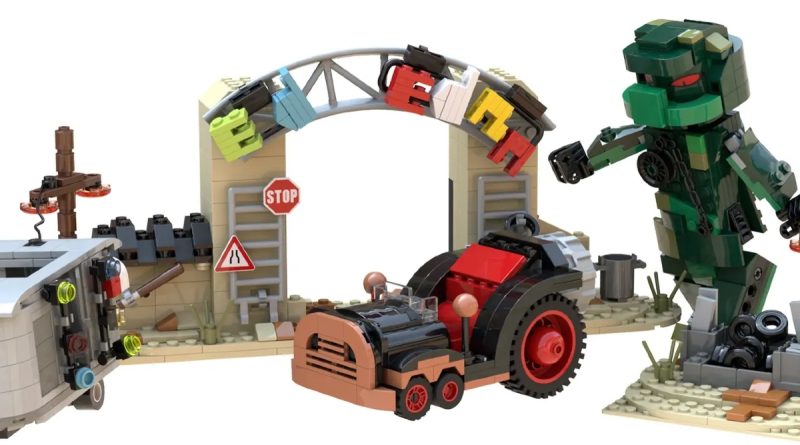 The latest LEGO Ideas review could be on course to set a new record for the platform, as a project based on the NINJAGO TV series clocks in at 10,000 votes.

That’s enough to see it over the line and into the second 2022 review, the qualifying period for which closes in September. At the moment, there are 39 projects in this review: four more than the second 2020 review, which for a time held the record for the most builds in a single round, and not dramatically far off the first 2021 review, which holds this particular crown with 57 projects in one review phase. We’ll need 19 more submissions to hit 10K, but with a month to go, anything’s possible.

LEGO Ideas user GenericStud presumably feels like that’s true, too, because their Ed and Edna’s Scrap Junkyard build has just become the 39th project in this review – despite being based on one of the LEGO Group’s longest-running themes. Conflicts with the current portfolio are usually a major barrier to seeing a LEGO Ideas project get the green light, and indeed the current guidelines include a long list of restricted IPs.

Those mostly only extend to third-party licences or real-world subjects, such as Architecture’s buildings – and that means projects based on the LEGO Group’s original themes, such as NINJAGO, are absolutely fair game. (It’s what’s allowed so many modular buildings, castles and so on to reach the review phase.) It doesn’t mean Ed and Edna’s Scrap Junkyard won’t run into the same issues of conflicting with a current theme, however.

We’ll find out for sure when the results of the second 2022 review are announced in 2023. For now, there’s still a month left for this list of 10K projects to grow even further, and perhaps surpass the first 2021 review.